Three is definitely not a crowd with this trio.

Dubbed the three musketeers of Hmlet Tsui Wah Building, Patrick, Théo and Nicolas moved into Hmlet together and have found a home amidst the bustle of Hong Kong’s Sai Ying Pun district.

To say that the three friends vibe well together is an understatement. Just a year after they all met, they’ve become as tight as brothers and call each other family. Patrick, an interior designer from England, Théo, a French business development manager, and Nico, a French wine sommelier and account sales manager for cheese and wine, each first settled into Hong Kong for business, but decided to live together after hitting it off seamlessly.

Patrick and Théo first met through work, when the latter’s company explored business opportunities with Patrick’s. While Théo, a natural livewire and the life of the party wherever he goes, first found Patrick reserved, they found a similar frequency over time. Théo and Nico, they bonded over a game (or two) of darts.

“I met Nico the good old-fashion way,” says Théo. “I was playing darts in a bar around Sai Ying Pun after drinking with my friend. My friend called it a night, but I wasn’t tired yet. Then I heard a group of French people next to us, and Nico was part of them. I asked if I could join them for darts. Nico is a very outgoing person like me and he said “of course”. From that moment on, we became very, very good friends.”

The suggestion to move into Hmlet together came from Théo.

“After becoming friends with Pat, we were like, ‘You know what? You seem pretty cool. I’m pretty cool. Let’s be roommates.’ At the time, we were living in random apartments and we decided to move into Hmlet. My company had explored business opportunities with Hmlet before, so I’d heard about all the good things Hmlet was doing,” he explains. “When it branched out to Hong Kong, I looked at the properties. I thought it was a great concept - the ease and flexibility in getting your own apartment.”

“We were all looking for a place to stay, and we were always together,” says Patrick. “So we were like, “Should we just get a place together? Once we moved into Hmlet, it just made things so much easier.”

“So you can call me the generator of the group, the engine!” Théo quips. “The other two are the wheels. Without the engine, the wheels can’t move!”

Aside from enjoying a good glass of wine while exploring the city, the trio also enjoys cooking, hiking, watching movies and sightseeing together - “pretty much everything you do with your friends and family,” according to Théo.

“I cook a mean kebab, so our arrangement is that I cook and they clean, which is perfect for me. But then they never clean the way I want it, so I end up cleaning as well,” Patrick adds with a laugh.

Despite the little pet peeves they have with each other (read more in the interview below!), they believe that they share a bond that will last well beyond their stay at Hmlet.

“Hong Kong is a very interesting place,” Théo observes. “You jump around from place to place, one day here, another day in another city in Asia. It’s really hectic. Some people are meant to stay (in your life), some are meant to go. With these guys, I feel like I’ve found a family."

"Pat and Nico are my brothers," says Théo. "And I know that I’m always true to them and vice versa. It’s all about having people you can always count on.”

“Before, I was always just going back to my flat. Now, I’m going home.”
- Nico

What are your first impressions of each other? Did that change over time?
P: Théo was like a bit of an ogre. He just reminded me of someone very dirty, but as I got to know him better, I was surprised to find that he was the opposite. He’s a genuinely nice guy and really cares about people. Maybe drinks a little too much, but it could be worse, I suppose. As for Nico, my first impression of him is that he’s honest and straight-up, and he hasn’t changed my opinion of him.
T: Full disclosure - I was not a big fan of Patrick when I first met him (laughs). I thought he was not my usual type of guy. I’m very outgoing and Patrick came across as quite quiet at first. So I kept trying to break down his walls. Now I have a very good friend that I can count on whether in good or bad times.
For Nico, he’s like me. He likes a good time, good conversation, good whisky. We clicked instantly.
Hong Kong is a very interesting place. It’s kind of like a trampoline. You jump around from place to place, one day here, another day in another city in Asia. It’s really hectic. You get a lot of job opportunities. Some people are meant to stay (in your life), some are meant to go. With these guys, I feel like I’ve found a pretty nice basis, almost like family. They’re my brothers, and I know that I’m always true to them and vice versa. It’s all about having people you can count on always.
N: I thought Théo and Pat seemed really easygoing. We were all just on the same vibe, we’re all open to making new friends. We like sharing about our experiences, and that’s how we started talking, really. My impression of them hasn’t changed much, but we know each other more deeply now.

What are some of your pet peeves of each other?
P: Oh, that’s easy. Théo is obsessed with walking around the flat without his underwear. I know if you have it, flaunt it. But with him, you just don’t want him to flaunt it too much. As for Nico, he wants to talk about his feelings a lot, which is a bit weird (laughs). I kinda just want to come back home, have a beer, but he’s like, “Let’s chill with a beer and talk about our day and feelings,” which is too much like a relationship for me (laughs). But that probably says more about me than him. But other than that, it’s quite nice living with them.
T: This is not a difficult question at all! I’m kidding … but I’m not. (laughs) Nico doesn’t cook, which is very annoying. He’s always on a diet. Nico looks good, so I don’t understand why he’s on a diet all the time. So it’s hard for me and Patrick, because we both really love cooking. We love a good beer, but Nico doesn’t drink beer because he thinks it makes him fat. And Nico doesn’t have a lot for dinner, so he just eats yoghurt. Sometimes, he does drink with us, but it’s hard to plan with him. But it’s fine. I would just appreciate it if we had a more stable schedule to have a home-cooked meal with one another, like a family. But anyway.
For Pat, I’m a bit of a living battery. I always have a lot of energy, always a bit too in your face, which is probably something I should work on. Pat is a bit down in comparison and he doesn’t always appreciate the energy that I have. So sometimes, I get a bit mad, I’d tell him, “You’re so down. Lighten up!” At times like these, I’d go up to him and give him a hug.
N: I actually don’t have any pet peeves. I love them both.

Sum up one another in three words.
P: French, because they’re both French. And they’re both emotional. And I don’t know why, but when I think of them, I think of cheese - they’re cheesy characters, they like to do cheesy stuff - so cheese is the third word. French, emotional, and cheese.
T: Nico is sassy (a LOT of sass in that guy), reliable, and classy. Pat is creative, surprising (he can be one guy one day, and a complete other dude another day - he comes up with the craziest ideas in one second, I love that about him), and honestly he must be one of the most endearing people I know. The more you know him, the more you love him. He just grows on you completely. Everything he does makes me love him more.
N: Théo is very protective, reliable, and he’s a people person. Pat is independent, a great partner-in-crime, and he’s a twat (laughs), but I love him.

What is one thing you’ve always wanted to tell each other but haven’t?
P: Théo, clean up the hair in your toilet, for goodness’ sake. And Nico - stop getting attached so quickly. I want you to be single so we can both be wingmen.
T: It’s a hard one for me. To both of them, even though sometimes they might not understand the way I am, I understand if they find that I’m too much. I know I can be a bit too much (to handle) sometimes - talk too much, drink too much, propose too many things, want to eat too much, want to do everything too much. It’s hard for me to tell them this, because I have a big ego.
N: I can’t think of anything I haven’t already told them. If there’s anything I want them to know, I’d tell them. I’m too sassy to not say it to them.

What are your future plans? What do you see yourselves doing next?
P: I plan to keep staying in Hmlet because it’s just so convenient here. Especially in Hong Kong, when dealing with realtors, sometimes they try to persuade you to buy a more expensive property or pay for something extra or they have a lot of hidden costs. At Hmlet, it’s very clear-cut - it is what it is and what you see is what you get.
T: It’s a very uncertain time for Asia right now, Hong Kong in particular, with the protests and the coronavirus. But I’m not staying in Hong Kong for my business; I’m staying for the people who have become my family. Let’s see how it goes, but I see myself here for a long time, probably three to five more years.
N: I love being in Hong Kong, although the current situation is not ideal. So far it’s been amazing. Before, I was always just going back to my flat. Now, I’m going home.

Inspired to find friendship like Patrick, Théo and Nico? There’s always room in our coliving community of creators, dreamers, movers and shakers for more folks like you! Get in touch to ask how you can join our community of Hmlet members! 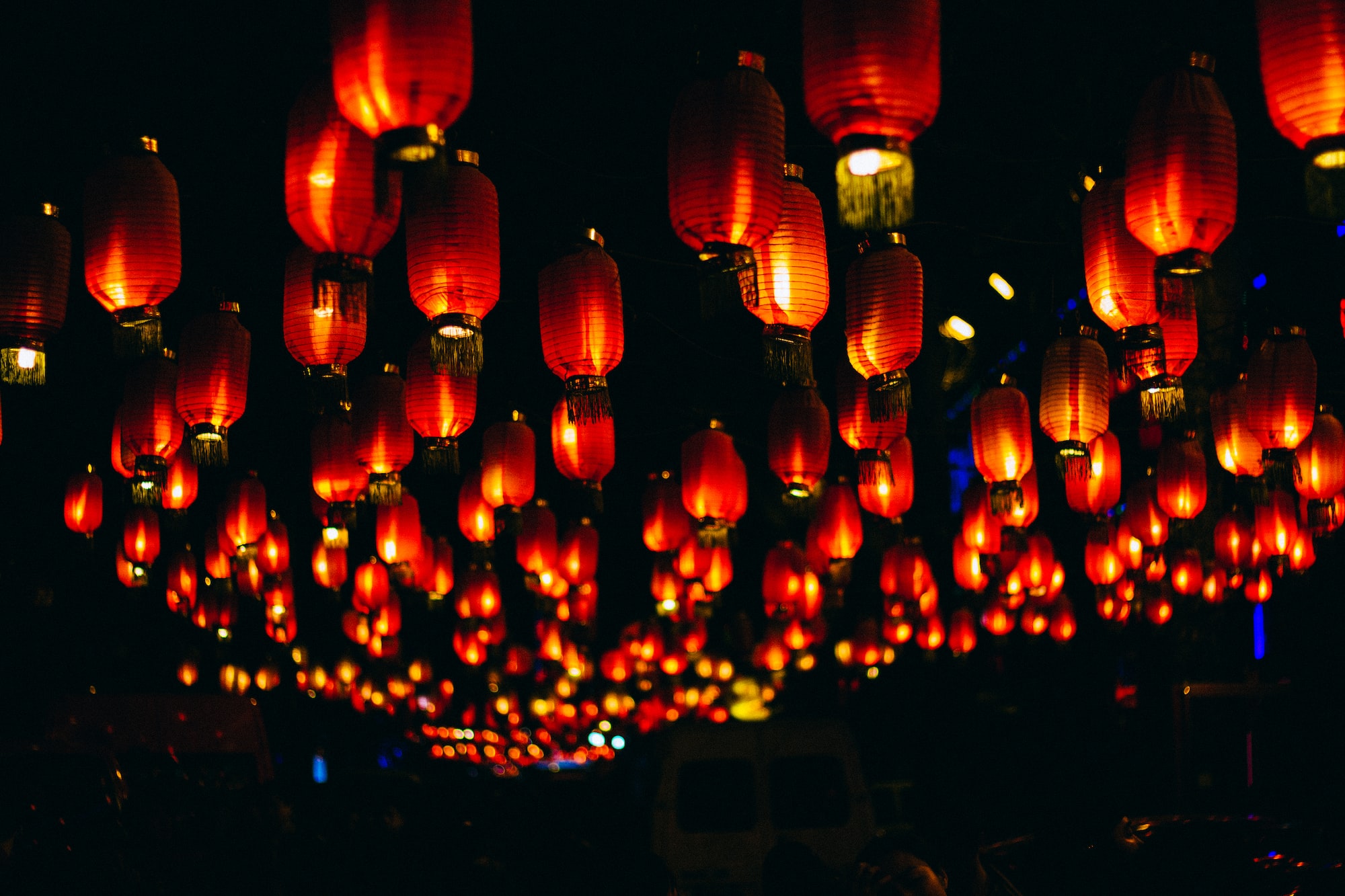